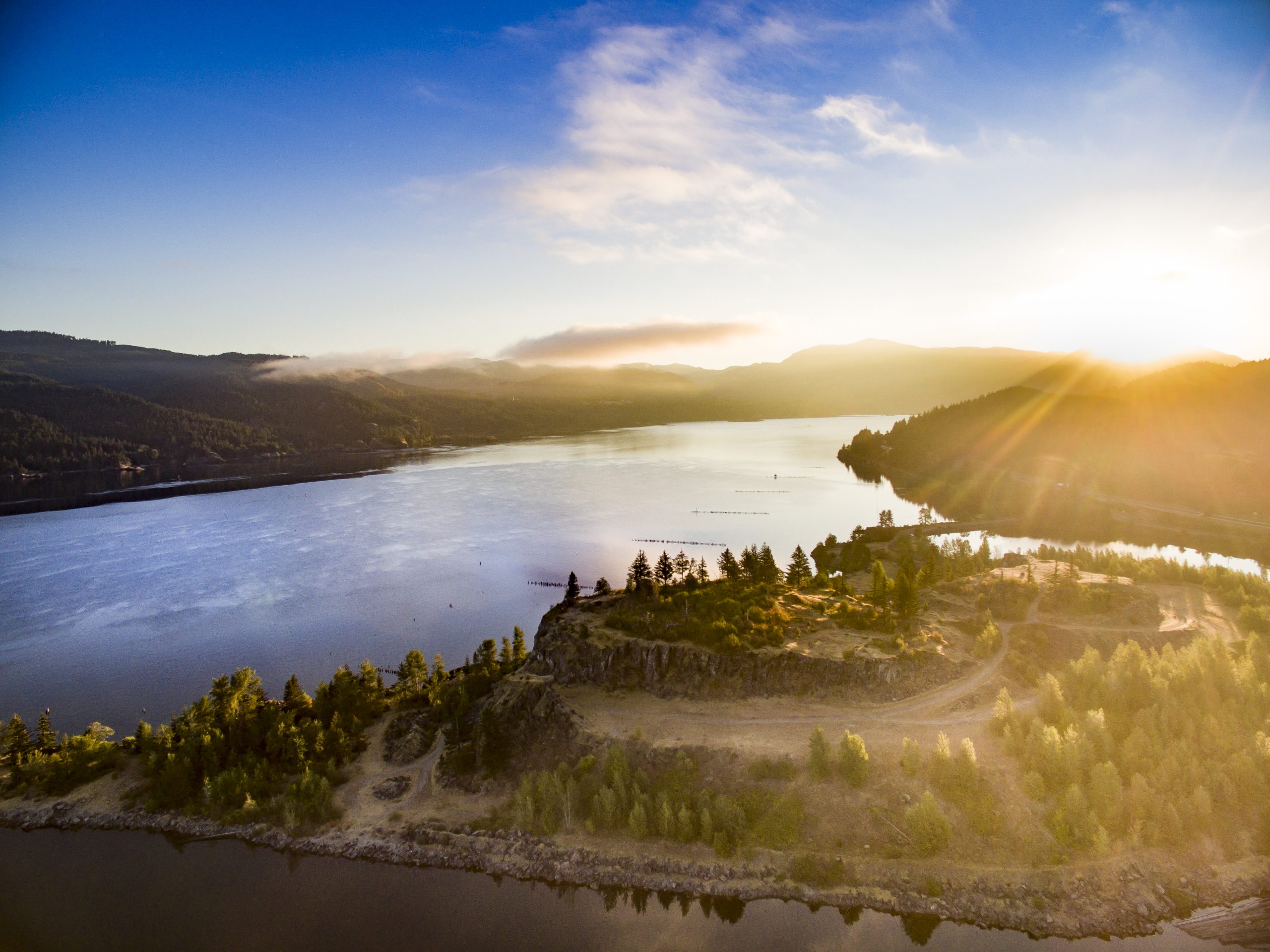 Our grant partner, Miles Johnson, Senior Attorney, Columbia Riverkeeper describes this climate win: In summer 2022, Perennial Power Holdings LLC quietly asked the State of Oregon to terminate a permit for a fracked gas power plant proposed near Hermiston. Perennial had barely broken ground on its facility, despite getting a permit back in 2015. Let’s take a look at how thousands of people across Oregon, Columbia Riverkeeper, and our allies kept this fracked gas power plant from spewing pollution into our air and damaging our climate.

First and foremost, people spoke up and took action! Thousands of people signed comment
letters and repeatedly told the State of Oregon that Perennial—and fracked gas—should not be part of our energy future. This groundswell of opposition kept Oregon’s elected leaders
accountable and kept the pressure on the company and regulators.

Columbia Riverkeeper shone a spotlight on poor government oversight. When the Oregon
Department of Energy bent its own rules to keep Perennial’s project alive (and allow the
company to avoid paying Oregon millions of dollars for greenhouse gas mitigation), Columbia
Riverkeeper helped break the story on Oregon Public Broadcasting.

The Perennial fracked gas power plant victory was also a result of our region’s broader
transition away from fossil fuels and toward more renewable sources of energy, which is being
driven by so many people, businesses, and organizations. Clean, renewable sources of energy
like wind and solar—coupled with tougher regulations on fossil fuels—have fundamentally
changed the energy market in the Pacific Northwest. In the eight years after receiving a permit, Perennial could never find a buyer for electricity made by burning fracked gas.

What does it all mean for Oregon and our climate? We’ve defeated what would have been one
of the largest greenhouse gas emitters in Oregon. Over its 30-year lifecycle, the Perennial plant would have emitted at least 30 million tons of greenhouse gas pollution. This fracked gas plant also would have emitted up to 59 tons of particulate matter, 19 tons of sulfur dioxide, 111 tons of nitrogen oxides, 213 tons of carbon monoxide, 34 tons of volatile organic compounds, and six tons of sulfuric acid mist every year. Whether you are concerned about Oregon meeting its climate goals, air quality in Hermiston, or both, this is a big deal.